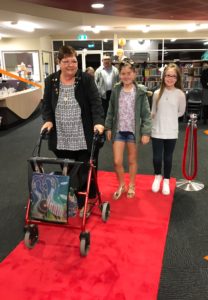 During Term 1 Year 6 girls studied the push for Australia’s Federation (Year 6 HASS Australian Curriculum). This term the girls looked at the impact government legislation had on the lives of Australia’s First Nation People after the introduction of ‘The Aboriginal Protection and Restriction of the Sale of Opium Act 1897’ and subsequent amending Acts.

The girls were given a timeline to browse and delve into topics and events which interested them. In partnerships, the girls researched their selected topic, event or person to investigate and designed an Inquiry Question to direct their research.

This was the History Task Term 2 2017(002). I created a green screen instruction video for the girls to demonstrate the ‘Do Ink’ app

Through contact with our local Aboriginal Community Centre, Benarrawa Community Centre, I invited an Elder into talk to the girls. Aunty Teresa shared her story with the girls and her life as part of the Stolen Generation. The girls were deeply moved by her reflections and stories. 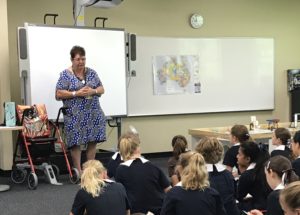 The girls spent three weeks researching and writing a script to prepare a documentary using green screen filming. Using the app, Do Ink, the girls recorded their scripts and selected images, videos, recorded interviews to support their script. Once these were completed I then imported them onto my computer and used Premiere Pro CC to edit and combine them into two films, one for each class. I arranged them chronologically and kept similar stories together, for example quite a few girls were intrigued by Aunty Teresa and wanted to find out more about life in missions and children who were stolen as she had been. Each film was approximately 30 mins in length. 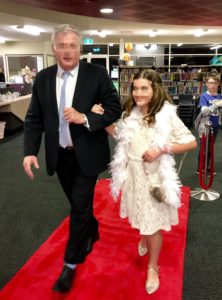 Parents and community members were then sent an invitation

(designed by our talented art teacher) to attend ‘Documentary Film Premiere’. The event was super special with a ‘red carpet’ entry and many special guests.

‘Welcome to Country’ was given by Aunty Teresa.

There was an intermission after 6M’s documentaries where the audience could enjoy refreshments provided by the girls’ parents.

After 6J’s documentaries Aunty Teresa responded with a moving and heart felt appreciation of the work the girls had done and how it had deeply moved her.

It was an emotional and special time for everyone in the audience. Below I have sequenced a few of the documentaries with permission from parents. The documentaries in this short version address the following inquiry questions designed by the girls:

WARNING: Aboriginal and Torres Strait Islander viewers are warned that the following video may contain images and voices of deceased persons.

What did Aborigines encounter fighting in WWI?

How did the strikes help Aborigines?

What did the Referendum Achieve?

How were Aboriginal Children treated in the Missions and Institutions?

How has Reconciliation affected Aborigines?

This experience empowered the girls to have a better understanding of how First Nation People have and are negotiating ‘Living Under the Act’. 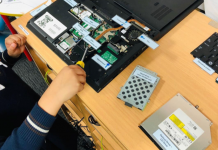 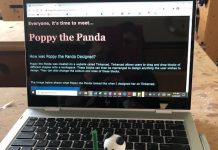 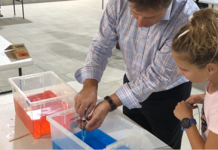