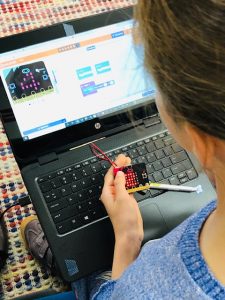 TechMate is held once a term after school for girls from grade 4 – 6 to bring along a significant male in their lives to enjoy an evening of technology. This term the girls and their dads and granddads had heaps of fun learning about the fabulous little pocket-size computer, Micro:Bit. After exploring some of its capabilities with the BBC Micro:Bit website tutorials everyone got down to coding it and creating a game to play and share!! So much fun, creativity and learning! 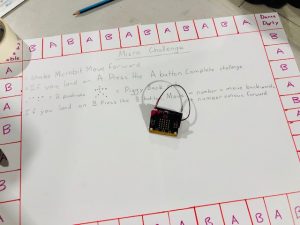 Some examples of the way the Micro:Bit was used: as a timer and counter for players to see if they could run to collect points before the set time was up, as a heads-up game, as a dice for snakes and ladders, using A and B buttons for different LED shapes to indicate either push ups or star-jumps, as a tug-of-war game, chasing the LED and press A button when it is in the centre, selecting LED icons to tell your fortune, as a compass in a direction game to see who can stay in set area the longest. The video demonstrates the magic of the evening! 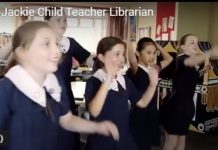 “An Oldie but a Goodie”

Making the most of 2020 with Technology!