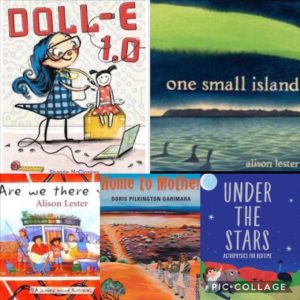 A terrific way to introduce technology to students is through story.

I have used a variety of technology with students during library lessons and teaching HASS in the primary years to creatively respond to stories. This post will present some of the books and technology. 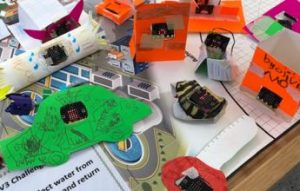 until she realises that it does have batteries and that she can re-construct it, after the dog has pulled it apart, with techie components. After reading this our girls created toys which incorporated the Micro:Bit.

One Small Island by Alison Lester

Following on from reading this book with Year 6 students, 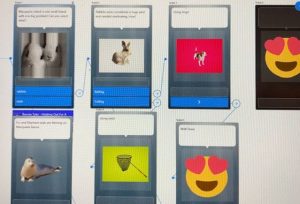 the girls created quizzes with Metaverse on information from the story. Metaverse is a platform to create augmented reality. It would be great for scavenger hunts, games and puzzles.

Under The Stars by Lisa Harvey-Smith

Year 5 girls used CoSpaces to create the night sky after talking about the work of Dr Lisa Harvey-Smith and her new book. Importing 360 image of the universe and then enjoyed adding planets, stars and rockets!

“Battle of The Galah Trees” by Christobel Mattingley.

Students designed a home suitable for a galah as the trees had been cut down. The design had to also consider the

problem of cats getting in the nest. Students used Little Bits to create a deterrent for the cats – buzzers, sensor pads and fans. 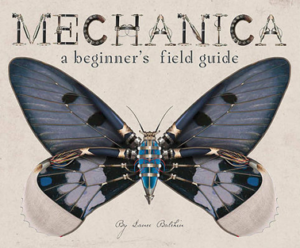 This amazing book is about robotic animals that start to evolve on their own in the wild. It’s set 200 years from now, in a future in which humans have destroyed the environment. Liberty Crisp, a 15year girl who has studied 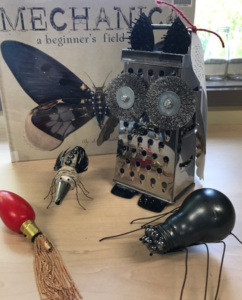 science all her life, is caught in the middle of a brewing war between humans and machines. The girls and I spent a long time analyzing the incredible illustrations promoting plenty of discussion. The girls went on to design and create incredible creatures made from recycled items found in the home. As part of a competition the girls were invited to make a ‘Mechanica’ move. Many used elastic bands, others used small motors but one which grabbed my attention was using magnets to make it move!

The Duck and the Darkling by Glenda Millard

This enchanting story of friendship, hope and joy inspired our Year 1

girls to use Squishy Dough to make something light from dark. In the story Peterboy wants to bring light into his Grandpa’s life, he does this through Idaduck. It’s a beautiful story and the girls demonstrated going from darkness to light in their creations, for example a blob becoming a snail, a cocoon becoming a butterfly. 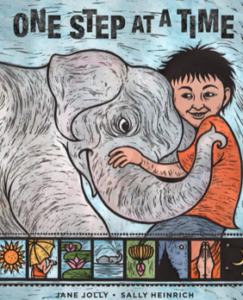 One Step at a Time by Jane Jolly

This is a very touching story of Luk and his elephant Mali, who

steps on a landmine. Luk cares for Mali, who is fitted with a prosthetic leg. This accident brings the boy and his elephant even closer. The year 6 girls used Tinkercad to design a new leg for Mali and 3D printed them. 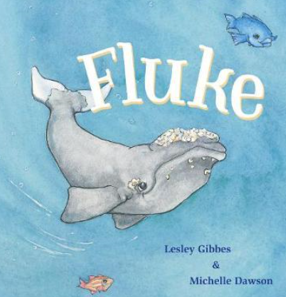 underwater world through virtual reality. I used the app VR Diving to give them the feeling and sense of the environment Fluke lived in. It’s a lovely story of being lost and found.

Are We There Yet? By Alison Lester

This popular story loved by adults and children fitted well with using a Pro Bot to navigate the journey of Grace and her family as they travelled around Australia. After reading parts of the story the girls took it in turns to program the Pro Bot to move to the location mentioned.

Another activity we have done is to invite students to navigate a robot to a location on the map and then try to locate in the library, using Oliver (our online catalogue), to find a book which has a setting in that area.

This is a powerful story of WWII and the effects the war had on a village, especially the lives of Ricardo and his father. The significance of the bike in the story promoted the girls to use materials from the Makerspace to make a bike. One student recreated a scene from the story and used littleBits to make the bike travel across the scene.

Lester and Clyde by James Reece

An oldie but a goodie! After sharing this story about two frogs and discussing the pollution of waterways the girls used Makey Makey with SoundPlant to make the school garbage bins thank people for disposing of their rubbish into the bins.

After reading the story Year 3 students used the wonderful activity

from ‘Hello Ruby’ to construct their own laptop….they had so much fun deciding if it was going to be Apple, Microsoft or Linux? Using the activities from the back of the book we made cards and games. This was understanding Booleans and the girls used toys from our puppet theatre to make statements which other students had to either hold up a card of ‘true’ or ‘false’…..lots of fun and learning!     Old laptops were provided for the girls to take apart with screw drivers and identify parts from illustrations and then research the function.

Ada Byron Lovelace and the Thinking Machine by Laurie Wallmark

Loved this book to engage the middle to upper primary girls. After reading the story the girls did research on Lord Byron (even recited some of his poems) and Ada Lovelace. We then discussed and looked at the history of computers followed up with binary games and the binary magic trick          Binary Card Game Online

to the book with the same name.

The Little Refugee by Anh Do

migrants’ stories with animations, interactives in Scratch, posters with tigger pictures for augmented reality by using HP Reveal and Tellagami. 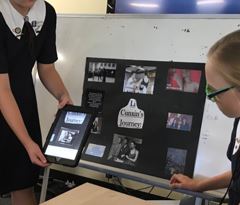 This story was used to spark ideas which could be told in a hologram.

The girls prepared their viewpoints then recorded each other infront of a black backdrop. These videos were then uploaded onto a black power point slide at the correct angle to create the hologram once the square pyramid is placed on the screen. The square pryamid can also be made from laminated sheets! Great maths lesson 🙂 Holapex is also a very easy app to use to create a hologram which can also be enjoyed using a BOP Industries pyramid.

Home to Mother by Doris Pilkington

This story was used as part of the HASS unit for Year 6 found here. The girls created documentaries using DoInk and a green screen. 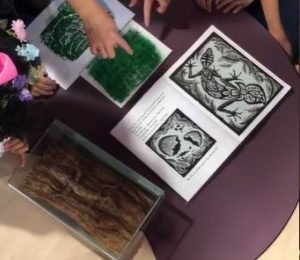 Year Three used Book Creator to create iBooks on author Narelle Oliver. The girls uploaded images, videos and typed text and used Numbers to collect and present data in their books. The girls  documented the process of printing, an illustrative technique used by Narelle Oliver.

The Eagle Inside by Jack Manning Bancroft

The girls planned their narrative before writing and editing their stories 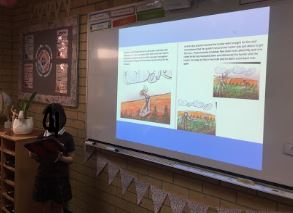 during Big Write sessions. They then created illustrations that helped to add to the meaning of the story. Next, the girls used Book Creator to publish their story. Many girls were able to use a combination of digital text, images that they drew, images from elsewhere, symbols, speech bubbles and various audio, including recording their voices. Finally, we were able to use Vivi from the class iPads to project their book directly to our board and they orally presented their creation to the class. It was fantastic! 🙂 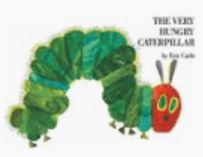 After enjoying the wonderful story the children made a caterpillar which we connected to a Makey Makey and recorded the girls making the sounds the caterpillar would have made chewing through all the food in Scratch.

Everyone loves stories! I have found it a great way to introduce different software and hardware to students which allows them ways to creatively respond to stories. 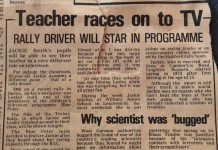 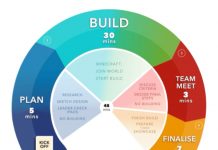