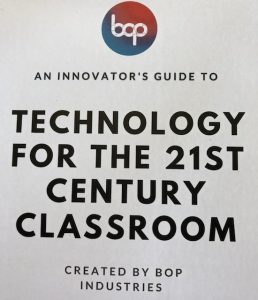 When your like-minded colleague and friend, Anne Weaver, suggests a PD workshop on a Saturday morning in the holidays of course you say YES! It was so worth it!

The workshop was an initiative of BOP Industries which is a team of Brisbane based young entrepreneurs led by an inspiring young man, Scott Millar, who started through a ‘school business venture’! I first came across Scott last year at the World Science Festival demonstrating the Hologram Pyramid. 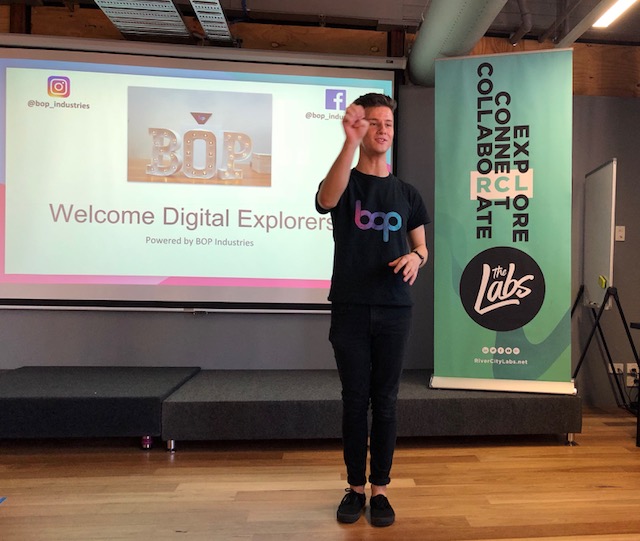 The session started with ‘finding your tribe’…….. Hustlers…..those who market and sell, Hackers…..those who are techie, and Hipsters……those who are designers and creative. After defining the role of each group and discerning that we all needed each other to be successful, the fun started!

There were 4 stations to explore. 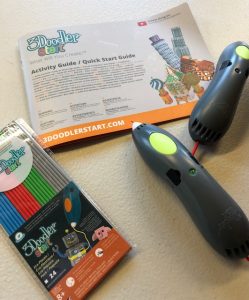 3Dooler are 3D pens which allow you to draw in the air and be super creative by building 3D structures, jewellery, toys, badges, keyrings and so much more…3Dooler provide a website full of resources and ideas supporting the curriculum. I had fun with my name and creating a rather unusual ring! 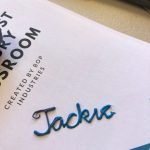 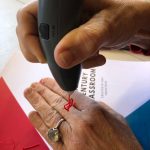 Using the Zapper App we experienced and enjoyed augmented reality. By using it like a QR code reader ..…..scan the icon

on a product or in the case of an interview with ‘One Direction’, scan the icon and images appeared during the interview! Anne became quite the expert in basketball and playing with a robot skull 🙂

BOP Industries have developed and manufactured a selection of Hologram Displays which can be used with iPads or as large stand-alone units for retail, weddings, conferences and the list goes on! The Holoplex App creates videos which are formatted into images which can be viewed in the hologram pyramid.

There are also pre-made videos to enjoy. This is much quicker than the method I used with our students this year……….record a video and embed it four times onto a black power-point slide and make the pyramid with laminated sheets! 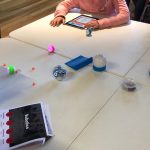 Our last station was the amazing Sphero. I did have the opportunity 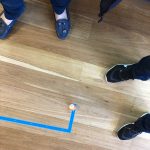 to play with the Sphero Mini and watch others in the workshop play some soccer. This great little robot can be controlled by facial expressions, tilting your device, kick drive with a flick of a finger and it can also be paired up to code with the Sphero Edu app.

The last part of the workshop was ‘Building a Product’, working in teams to: decide on a product; see a need; who is the target customer; features of the product; point of difference; how to market the product and the price, which was then pitched to everyone. 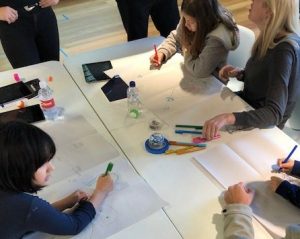 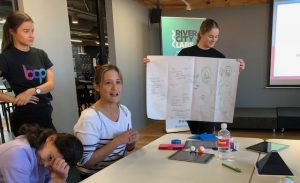 The children in the workshop offered up some great ideas…….pencils with magnets, not so easy to lose a bunch of pencils as it is one! Creature Robot to pick up dirty washing, sort it, wash it, fold it and distribute it AND the robot can be given to the child when it leaves home! Water bottle with a hologram image floating inside and an app which could be used globally for translating from voice into sign language. 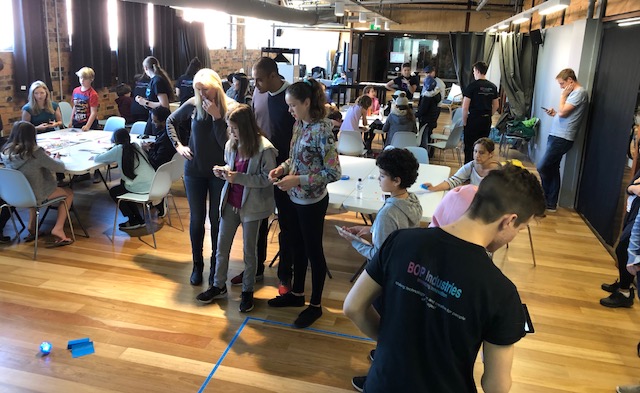 All in all, a very inspiring Saturday, thank you Scott and BOP Industries 🙂 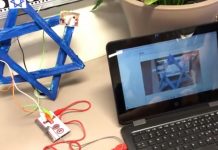 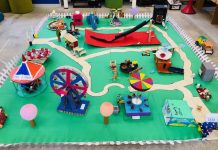 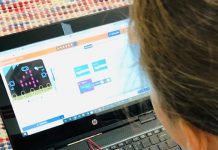