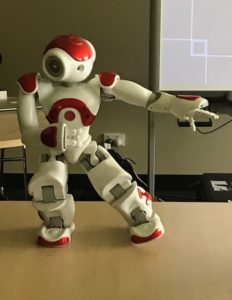 We were fortunate to have Sam from Brainary Interactive visit the Coding and Robotics Club girls with NAO this week. NAO is the world’s leading and most widely used humanoid robot for education, healthcare, and research. NAO is 58cm tall, autonomous, and fully programmable robot that can walk, talk, listen to you, and even recognise your face. Sam told the girls that NAO’s nick name was Rey, from Star Wars:The Force Awakens, and the girls were enthralled with Rey’s conversation, movements and dancing! To be able to do all of these things we discovered that NAO has:

Two students were invited to role play a café scene and Sam used Choregraphe software to program their behaviours, with simple drag and drop boxes, so the girls could then converse with Rey. The girls found it exciting to see how Rey interacted and to see if the coding had worked. It was lots of fun with plenty of learning.

The highlight of the visit was watching Rey dance ‘Gangnam Style’. The girls just loved it!

Thank you Sam and The Brainary Interactive 🙂 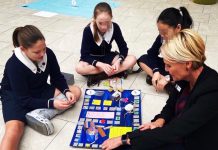 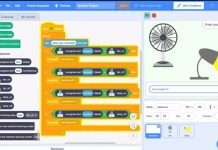 Ideas for Exploring Machine Learning in the Primary Years. 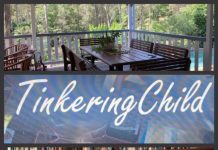