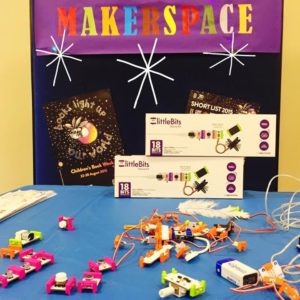 LittleBits are small electronic blocks which snap together with magnets. We have had them in our Makerspace for quite a long time and I have mentioned them in previous posts here and here. I decided for the first STEMies of 2017 the girls could have some fun time designing, building and constructing a chain reaction contraption. It addressess STEAM extremely well. 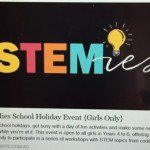 Each group was introduced to LittleBits with an explanation of the colour coded functions: Blue is power, Pink is input, Green is output and Orange is wire (to connect and build circuits). 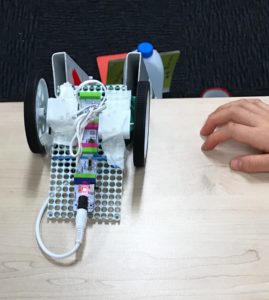 The girls spent time playing to find out what they could discover …..  light sensors, dimmers, RGB LED, inverters, pulses, buzzers, servos(motors), fan …and the list continues! They had so much fun, heaps of questions and a lot of learning.

I showed the girls a few videos of contraptions based on Rube Goldberg’s crazy machines which complete simple tasks in a complicated way! I then invited the girls to the challenge of creating their own contraption. The air became electric…..excitement 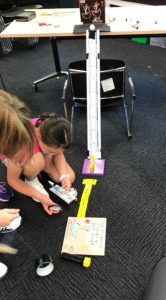 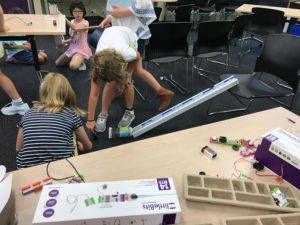 first. Some of the tasks included closing a book, directing a marble into a box, a ball rolling into a box which then closed and one group tried making an elevator. It was uplifting to hear the discussions, collaboration and engineering principals being explored. We had heaps of failures with a few successes. Here are some videos of a few creations. 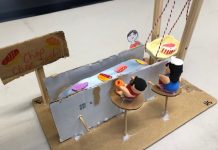 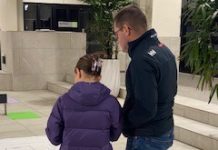 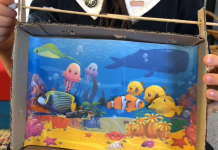